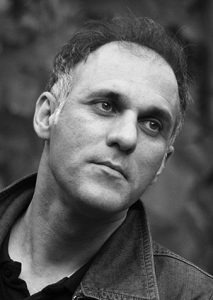 When he was teenager he practiced some poetry and literature. After graduation from high school, he served as teacher for his army service period. During this period he had a Russian FED5 camera that his grandpa had bought him. For two years he took photos from villagers of Azerbaijan and it was a climax in his life.

He made a dark house in basement of his house and started photography seriously since 1995 with his friends.

He attempts to experience the photography. Picturing the stories and hidden layers of people’s life, where the identity, history and a land with sun are knotted to each other and help him to achieve the intuition and experience. He tries to have a poetical standpoint to human and world around.

Nowadays he has concentrated on long-term projects. Photographing the climate change and it influence on people’s life is a part of his homeland’s history.

He has participated in many group fairs in Iran, France, USA and Turkey.

He has been the jury of festival and competitions in Iran and has obtained many awards.